Japan has always been famous for being technologically advanced. However, there are also many weird, yet wonderful, Japanese customs and traditions that you need to consider if you’re planning to visit it in the near future.

In many cultures, it’s widely accepted and highly recommended to tip if you like the services. However, the situation is different in Japan. Tipping is considered an insult in Japan. The reason is that there’s no need to pay extra money for good service because you already have paid its worth. So, what should you do to show appreciation for the offered service? It’s easy. Just thank them politely then leave. Because if you tip, they will refuse it anyway.

Instead of exchanging money from one hand to another, it is common in Japan to put money in a small tray. Though, many stores do not adhere to this rule. In general, breaching such rules is not a problem.

If you come across a place where there’s a couple sleeping in peace, don’t be amazed. This place is a “cuddle cafe”. It first opened in Tokyo in 2012. The rules are simple. Males customers pay a fee to sleep next to a woman. There are several services to choose from. It could be a 20 minutes nap or a full night’s rest. Customers can ask the girl for pats on the back or stroking the girl’s hair for three minutes. The price range is 40$ being the lowest and 400$ being the highest.

Although any inappropriate act during the sleeping period is strictly forbidden, these cafes can’t be culturally accepted by many visitors. Eventually, “Cuddle Cafes” look like an oddly successful business.

Tokyo seems to be famous for all the weird stuff in Japan. “Naki Sumo Baby Crying Contest”, is considered the craziest among all of the Japanese customs and traditions.

The reason behind these strange acts is the belief that this will protect babies from demons and will keep them safe from any harm in the future. This belief has been there for hundreds of years and the festivals are considered very popular among Japanese citizens.

Eating eggs and some types of fish is common on spring holidays. However, the Japanese Customs and Traditions involve eating KFC during the New Year period and it is considered the official Christmas meal in Japan since 1970.

The KFC company even came up with the slogan “KFC for Christmas” to celebrate this tradition. Thus, if you are planning to visit Japan during Christmas, avoid eating at this restaurant as it will be very crowded.

As for the New Year celebrations, they last for more than two weeks, starting from mid-December until early January. Although Japan was not adopting the Gregorian calendar for a long time, it seems that this contributed to the exaggeration of New Year’s celebrations.

Visiting Japan during this period has benefits unless you can’t stand crowded places. In this case, you should avoid visiting Japan in December and January so that you can enjoy the visit to the maximum.

Make Sure to Visit a Garden

Appreciating nature is a big part of the Japanese customs and traditions. The Japanese people always make sure to have as many beautiful gardens as possible. This is simply their way of showing gratitude to nature. So, visiting a garden is an essential part of any trip to Japan.

Appreciating nature is not limited to gardens as it extends to animals too. There are many places where you can interact with animals. For example, there are cafes where animal lovers can come to play with pets. If you miss your pet during the visit, you can always go there and pet cats, dogs or even birds.

Weddings in Japan are very different due to many Japanese customs and traditions. The Japanese people took their love for animation to the next level with weddings based on famous anime characters.

If you come to visit Japan to attend a wedding sometime, don’t be surprised if you find a huge Pikachus standing between the married couple. It’s even completely normal to ask the wedding planning company for the Pokémon theme.

The ceremony begins when a lady in kimono makes matcha tea. She uses an old traditional boiler to boil water. It’s more than just a tea ceremony as every hand movement is an art in the Japanese culture.

Matcha tea itself tastes bitter. However, this is still a great experience for any traveler. Also, some places allow visitors to prepare tea themselves.

The Kimono as Part of the Japanese Customs and Traditions

Some other places provide Kimonos so that visitors feel more connected to the Japanese culture while trying matcha tea. The matcha tea is used as a flavor for many products and even ice cream.

Always take off your shoes when entering not only homes, but also restaurants, hotels and resorts. There is a special place to leave your shoes. They will also provide you with two pairs of slippers, one to wear indoors, and the other is for the bathroom. You shouldn’t mix them.

Avoid speaking on the phone and eating on public transportations or shops. Also, put your phone on vibrate when you are around people. The reason is that these behaviors are simply considered rude.

Like any other country, smoking while walking on the streets or in cafes and restaurants was common in Japan. This continued until 2002, when several laws were issued to curb smoking in public places and throwing cigarette butts on the streets.

A system called “Minato” is now being implemented to prevent smoking in non-smoking places and a fine has been imposed for anyone who violates these laws or throws cigarettes on the streets. Therefore, if you are a smoker, you must abide by these laws and limit smoking.

Vending machines are the only way to buy cigarettes in Japan. 98% of these machines require carrying a “TSBO” card which ensures that the holder is a person aged 21 or older. Therefore, you should take all of this into consideration if you are a smoker and intend to visit Japan.

Giving gifts is a common tradition in Japanese culture. It is expected that visitors bring gifts and present them with both hands and a slight bow. If you’re going to visit a friend in Japan, don’t forget to bring a gift as a friendly gesture.

Bowing as an Essential Part of the Japanese Customs and Traditions

Bowing is a simple gesture that is used a lot in Japan. It can vary from a slight nod of the head to completely bending down at the waist.

One of the traditions that is agreed upon in Japan is calling people by their last name, especially if you do not have a strong relationship with them. Calling a person by their first name without being allowed to, is socially considered unacceptable.

In Japanese culture, it is customary to sit on the floor instead of chairs. This is the usual situation on most occasions and daily activities such as eating and tea ceremonies. Therefore, if you are unfamiliar with sitting on the floor, you should try it to get used to it before traveling to Japan.

Table Manners Are Different According to the Japanese Customs and Traditions

Japanese culture appreciates enjoying meals with others. However, there are some protocols that you must follow in order not to be misunderstood.

It is considered polite from a person to completely finish his plate, especially children. It is inappropriate to leave some food and leave.

Chopsticks Are an Important Part of the Japanese Customs and Traditions

Chopsticks are very important. You may need some time to practice using them before coming to Japan. You are expected to use it the entire time. Make sure not to just leave it in the bowl. Also avoid passing food with them if you have already used them to eat.

Unlike other cultures, it is acceptable to carry small bowls in the hands, near the mouth, and not to refrain from blurring while eating pasta. This is an expression of fun and gratitude, not rudeness!

In restaurants, the customer gives a hand towel and should not be used for any other purpose. However, some people chose not to follow this protocol.

If you interact with street food trucks, avoid walking while eating. Enjoy your food where it was bought.

Wearing Masks in the Japanese Customs and Traditions

Unlike most of the world, wearing masks was common in Japan even before the Covid-19 pandemic. Anyone feeling sick, even if it’s just the flu, they wear a mask. If you go there after the pandemic, don’t forget to have a spare mask in case you need it. It won’t harm anyone anyway.

One thing that surprises almost all tourists who visit Japan for the first time is that Taxi doors close automatically. When you go there remember you don’t need to shut the door yourself. Otherwise, the taxi driver might give you a look.

According to the Japanese Customs and Traditions, Avoid Number 4

Just as some people are pessimistic about number 13, many in Japan avoid using number 4. This is because the pronunciation of number 4 in the Japanese language is similar to the word misfortune. So, during your visit to Japan, avoid using Number 4 as much as possible.

Trains Are Always on Time

If you visit Japan and plan to take the train, we advise you not to hesitate. Trains are always on time in Japan and when they aren’t, it’s a national headline.

Japan has one of the strangest jobs of all. There are staff whose mission is to push passengers into train cars during congestion. They wear distinctive police-style outfits with white gloves and a hat. So, don’t be surprised if you feel someone is pushing you on the train. He is just an employee doing his job.

Sleeping on the Trains

The nature of work in Japan obliges many to travel long distances daily. Many turn to sleep on trains. Hence, if you find a stranger sleeping on your shoulder, don’t be surprised.

While there are many Japanese customs and traditions, the Japanese people are also very welcoming to tourists. They always treat them with respect and kindness. You don’t need to stress yourself with following all the protocols. Just follow as many as you can. At the end of the day, tourists are not expected to be 100% aware of the Japanese culture. 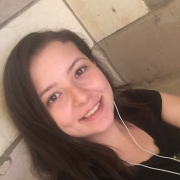 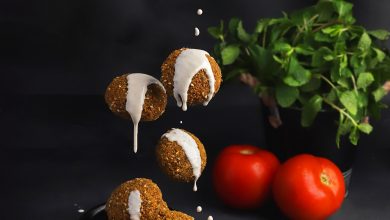